The unrest in Turkey has claimed a second life. Police, already facing widespread criticism for using excessive force, are being accused of being behind the killing of a 22-year-old man. Human rights groups have also hit out at the security forces in Turkey for their brutal response to the protests.You may find some of the images in the report disturbing. 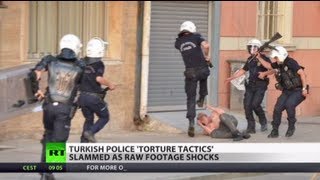