Elitist-criminal element within the structures of western governments, also called „deep state“ or „shadow government“, manipulated European politics by manipulating both left- and right wing radical groups to start political street wars and terror campaigns to steer western nations according to their agenda … which could be described as a „takeover by international bankers and industrialists“. Some call this agenda the „New World Order“.

The NATO stay behind army-networks had arms caches hidden all over European NATO-countries (also in non-aligned countries such as Finland, Operation Stella Polaris), and military explosives from these caches were used in some of the deadliest terror bombings in the cold war Europe.

To mention few of these cases: Italian investigators discovered that the explosives used in ‚1972 Peteano carbomb‘ was C-4, and came from Gladio-arms cache, althou explosives expert for Italian police at first claimed the Peteano-exposives matched the kind used by left wing radicals, the Red Brigades.
http://en.wikipedia.org/wiki/Operation_Gladio#May_31.2C_1972_Peteano_massacre
http://en.wikipedia.org/wiki/Vincenzo_Vinciguerra

In West Germany, Peter Urbach an agent provocateur for the W-German domestic intelligence infiltrated leftist communes in the late 1960’s and radicalized them by bringing them petrol bombs, timer bombs and fire arms, but also mind altering drugs. CIA is known to have used mind altering drugs (LSD etc.) during their operations such as MKULTRA.
http://en.wikipedia.org/wiki/Project_MKUltra

Some of these left wingers, radicalized by W-German intelligence later formed militant groups such as the Red Army Faction, also known as Baader-Meinhof Group. It is possible that Urbach, who brought Molotov coctails into leftist communes in the first place, also influenced Andreas Baader who, with his friends, fire bombed two department stores in Frankfurt, Germany, in April 1968.

There apparently is a connection between the 1980 Oktober Fest bombing to neo-nazi leader Heinz Lembke, who is believed to have been member of the German Gladio branch. Lembke was found dead (hanging) in his prison cell day after he lead investigators to over 30 arms caches.

These arms caches were most likely Gladio caches. The area where these caches were hidden was mentioned as one of the rendez vous-areas for the German Gladio-network in documents from 1950’s. But the“ official version“ is that Lembke received these weapons from neonazi sympathizers in the German military.

Der Spiegel reports that previously unknown documents show that Gundolf Köhler, the Oktober Fest bomber, may have been with other people at the scene right before the bombing, thou officially it is held that he operated alone.

Original source for the interview:
http://www.danieleganser.ch/Gladio_in_Spain_Los_ejercitos_secretos_de_la_OTAN_1315413180.html 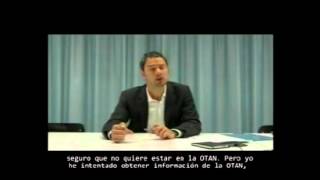